10th game of season: home vs Duke of Connaught 'b'

Home vs DOC 'B' tonight

They're 3rd and won 7-2 in our first match of the season.

They're position flatters them as they've had the luck we haven't.

Match 9: Captain Versus Captain (again): Revenge is sweet as Redemption is had!

Victory was mine last night as i had the greatest darting night of my career to date.

As i posted previously this match really meant something to me as i sued to play for the Seagull, and had left them in march 2014 having been told that “I couldn't play darts” so I was determined to prove them wrong.

I had waited 16 months for this. It was a shot at redemption, to prove a point (to myself and them)

I drew their Captain and undoubtedly their best player (in a team of  VERY good players it has to be said) so it was captain versus Captain for the second week in a row.  It was almost a fate tie really as i couldn't have been given a better opponent to make a statement against.

I had watched him give BDO top 30 player Gary Stafford a very hard match in the cup when at the Seagull so knew his game and he was a Big scorer.

I was on early again (third) which was good for me.

He won the bull however I got off to a flyer hitting BIG scores as did he.

He then took the second leg in a close one.

It was now 1-1. I won the bull to start to start the decider and i again got off to a blinder hitting big scores to at one point be on 40 when he was still back on 270.

My finishing wasn't great however I took out 2-1-d1 to take the decider.

Afterwards even a lot of their team said “great darts”, which was nice.

As the tie was so special for me I’d put myself in the doubles as well. After the adrenalin rush of the previous match I was on abit of a comedown and didn’t play great however we won the doubles 2-0 (after a horrendous run on d1 in the last leg), with me taking the first leg, giving me the double result over them. Unfortunately the team didn’t fare so we and they were the only victories as we went down 7-, however everyone battled so hard, and there were 3 matches that were lost on 3rd leg decider doubles so we could have won 5-4.

Its moments like this that make darts the best sport in the world! 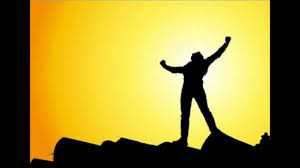 9th Game of the season: THE GRUDGE MATCH!!!!

i am posting early, as this next fixture means alot to me.

I will be lining up against my old team. A team that i left last year in unhappy circumstances. So much so that i actually considered stopping playing darts altogether.

This team is the Seagull. They got promoted undefeated that season, and i was basically denied a singles match under the proviso that "i couldn't really play darts". Don't get me wrong there are some nice guys on the team, however i just didn't fit in. No animosity there i just left feeling that i had to prove a point.

This is the first time that i will be lining up against them since i left, so this fixture has something a little bit extra for me!

It will be bottom versus top as the Seagull are top, with just 1 loss (first day of season in a close one) whilst we are bottom with all 8 fixtures so far ending in defeat! The Seagull have been blazing abit of a trail in the league this season, with the majority of their 7 wins being by BIG margins, however like our victory over the league dominator's last season (Hoeford 'A'). They are a class side no doubt about it!

With that said we are very much the 'Rocky Balboa' of the league!  we keep taking the hits, but we still get up and we are making a fight of it!

I've posted early to generate some support, as if there's any league match i've looked forward to and want to win its this one and by ghosh if we do have to go down they're gonna know they've had a scrap! 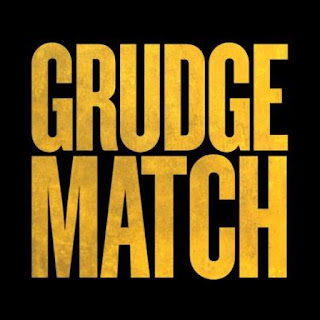 well what can is say. This was a very hard fixture.

I had drawn the Captain, an unfriendly sort who didnt crack a smile at all during proceedings. Contempt is the word i would use and there was very much a 'them' and 'us' atmosphere. Nothing friendly like other ties.


The early games were back and forth, and we ended up at 2-1 down before my match.

I won the bull and then led with consistent scores in the 50’s to leave myself on D15, which I took out on my first dart. So 1-0!

The second leg played out the same as I led from the start and hit a 95 and a couple of 80’s to leave D15 again.

I hit single15, then hit 1 and then D7 on my last dart to take the tie 2-0 with clinical finishing.

This levelled us at 2-2 however after that we were again unlucky and finished up on the end of a 6-3 loss which didn’t reflect the closeness of the tie.

Overall i was pleased to get back to winning ways after 2 close losses in the last few weeks that i should have won. Whilst i didnt hit the 100+'s consistency was the key and i have watched several players hit 100+ only to lose the match on the doubles!

The win gave me my 5th of the season in 8 fixtures to lead the teams player board!
Posted by Luke at 04:53 No comments:

8th game of the Season: away to Hoeford 'B'

we are away tonight to Hoeford 'B'.

Haven't played these guys before. Their 'A' team won the Winter league 2  last season only losing once (ironically to us).

The 'B' team are currently sitting mid-table at 6th with 3 wins and 4 losses.

Barring 1 big loss of 7-2 (to 2nd placed Good Intent) the rest have been 5-4 close losses so they're not getting thumped, and they gave the Duke of Connaught 'A' (who are second from bottom above us) a 8-1 rinsing so this is going to be a hard fixture away from home.

Wish us luck guys. We are badly in need of a win having only picked up 2 in our last 22! 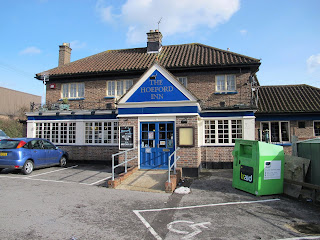 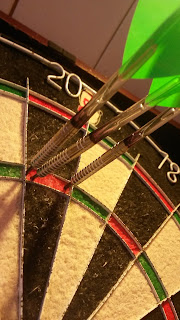 After a rousing team-talk where i implored my team to show some 'grit' and 'fight' we entered this fixture with a renewed spirit and after 4 games we were tied at 2-2.

The luck wasn't with us though and we had 'match' darts in the next 3 games and couldn't finish the doubles which left us at 3-5 before my match.

This was at 23:00 and i'd been there for 4 hours. I was up against there best player and we gathered a small crowd around for this match.

I lost the second leg when my form went awry, but still put the pressure on enough to leave me with d16 which i failed to take out and he leveled it 1-1.

The decider was a back and fourth affair, where i was chipping away with 50's before a big surge left me with D20. Unfortunately i blew it and missed 3 at D10 and he closed out to take it 1-2.

It was a great match and great way to end the night.

At the end i was angry, as it would have been a great win, however even though ive lost 2 in a row i've made my opponent work very hard for it and i could have won both times.

7th Game of the Season: Home against Fareham Working Mens Club 'B' (FMC 'B')

Tonight its our 7th game of the season, as home against FMC 'B'. This will be a tough fixture as though they sit just below mid table in 7th, they have had some very close games that have ended 5-4. Conceivably they could be 3rd if a few results had gone there way.

Right now we have problems. Sat bottom, with 6 losses in 6 the team just hasn't been showing the firepower to hit back and do the necessary damage.

With the top 3 teams all dead level on 10 points, a top 3 finish is now already beyond us. We'd  need a resurrection worthy of  Lazarus to turn this around and hope that the other teams suffer 3 months of food poisoning and at the moment  if we were an animal you'd have had us put down!

Being at home does give us an advantage as we know 'our' board and, so hopefully we can turn this around.

Take care and i'll let you know how we got on tomorrow!

it was a disconsolate night last night as the team sunk to a 8-1 loss away to the Red Lion. We were 5-0 down before 22:00, and had effectively lost the tie in under an hour.

On an incredibly windy and rainy night the luck just wasnt on our side, as the team repeatedly missed doubles's to near gift them 3 of the first 4 matches.

By the time i took to the oche at 22:30 we were 6-1 and feeling awful from the start of a cold i wasnt at my best either.

So i lost my second game of the season and really need to sort my game out. I can hit the BIG scores and play well but my standard is way below BDO entry level.  Lukey here needs to step it up.

6th Game of the Season: Away to Red Lion

Tonight we are away to the Red Lion. They are slap bang in mid-table at 5th with 2 wins and 3 losses.

I havent played against this bunch before. What i do know is that  they've had a 9-0 away win, and the 3 losses they have suffered have all been close 5-4's.  They seem to be packing serious firepower so we'll have it all to do tonight to pull it out of the bag.