Remembering Jocky Wilson! One of a Kind!

I thought i would take the opportunity to pay tribute and provide a few links to one of the greatest and most popular darts player's of all time. The legend that is the 2x World Champion John Thomas 'Jocky' Wilson! 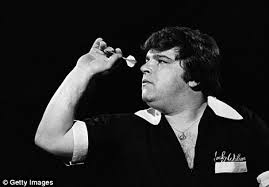 Irrefutable proof that you don't need a Ted Hankey smooth throw Wilson's style defied physics and yet he was a big scorer and hit the big out shots, proving yet again that with enough determination you can make anything work for you.

It wasnt just the World titles that Jocky won though. He also won: 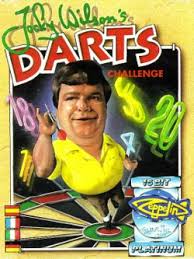 Unfortunately Wilson despite only being late thirties he was unable to carry his magic into the 1990's. The change in darts (no drinking or smoking on stage) altered the dynamic of the game and this noticeably impacted Wilson's effectiveness on the oche although he did reach the PDC Matchplay quarter final's in 1994.

His last appearance in the World Championship was in 1995 here against John Lowe:

Jocky never formally retired, he just stopped playing in 1996  (and no footage seems to exist after then) aged 45 (a diagnosis of diabetes thought to be a contributing factor as it curtailed his alcohol consumption) and disapeared into a reclusive state back in Scotland.

There are many rumours that he still played darts in Scotland after his retirement but there has never been any evidence. A sole interview in 2001:

is his last known public interview and all the darts world were left with.

Sadly 'Jocky' passed away in 2012 due to ill health aged just 2 days after his 62nd birthday.

check out these 2 excellent videos on his career and life:

documentary of his life:

He truly was an enigma, and was and is still missed now

I just wanted to say a BIG 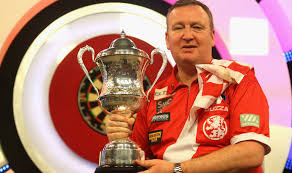 to Glen 'Duzza' Durrant who won an epic final to defend the 2018 BDO World Championship against the spirited Mark McGeeney who had the tournament of his life (putting out BDO legend Martin Adams in the first round and 2017 runner up Danny Noppert in the second round).

This really was Durrant's tournament (and was my pick going in)  as he averaged 97 for the whole event.

in its 40 year history, and is also only the 9th player to win it more than once.

So whats next for Duzza?  Its a hard one as he has won 6 majors in the last 3 years:

I would love Duzza to stay and carve out a legacy by winning the World trophy and going for title number 3 in 2019 however having won everything over the last 3 years and given the level he is currently playing at he may want to go across to the lucrative PDC circuit.

I know this is belated but have been ill over the XMAS period.

Its already underway however i still wanted to comment.

I am gutted that Martin Adams is out after that great display against Mark McGeeney. That wasn't Adams on his 'A' game and he can and will play better than that.

Im gutted that we wont see the likes of Andy Fordham, Ted Hankey or Tony O'Shea this year as i think the game does need these characters and talents. Fitton is still in so i'm hoping he can do well.

For me it'll be either Mitchell or Durrant. Both have had stellar years, are in good form and both have previously won it, though id love Fitton to.

Its hard for me to choose as they are both great guys and ambassadors for the sport and truly love it.

I will go for Durrant but i wouldn't bet with my own money.

Lets see how it unfolds

I have to say a BIG well done to Rob Cross who chocked the world in winning the title in his debut year. 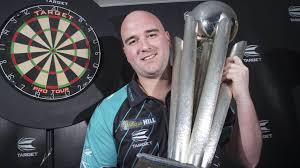 Cross was my outside pick pre-tournament:

It interesting as i could see Rob was going to be HUGE in 2017 way back in March 2017 when i posted this to my blog:

and boy has it rung true. It has been the greatest debut year ever, and Cross has now gone from 0 ranking to 3rd in the World. 600k in one year is nothing to be sneezed at.

Of course Cross did it in style. Taking out MVG for his first victory over MVG in the semi, and then taking out the greatest darts player ever in the final 7-2 whilst posting the 8th highest PDC world championship match average ever and almost breaking the PDC 180's in the tournament to boot.

Cross has given darts a veritable shot in the arm and we could genuinely see Cross and MVG battlingit out for supremacy over the next 5 years!

I am catching up with my blog as unfortunately the family and i have been laid low for 2 weeks with flu.

To be honest it wasn't great darts.

I won the bull

My averages were poor however i won the sets i need to. It was the finishing that ruined me as i had a dart at an over 80 finish about 6 x to win the leg.

I did have 1 leg though whereby i averaged in the mid 80's which was a positive.