Was thrilled to hear that the EuroSport channel has picked up televising the BDO majors for the next 3 years. 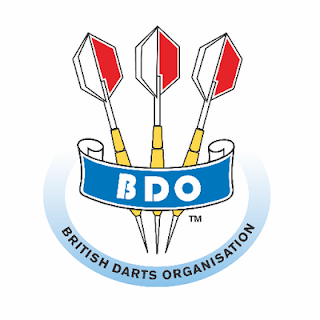 We'll now get the World Championship, World Trophy and World Masters with hopefully more to come.

This is great news and hopefully ensures the World Championship stays at Lakeside and convinces Winmau to retain sponsorship of BDO events.

Those who made this happen need to be applauded. Less than a week ago the BDO looked in real danger of potentially going under with no TV, losing Winmau and even Lakeside and now its potentially in a healthier TV position than it even was as the BBC lost interest.

It's a good day to be a BDO and darts fan! 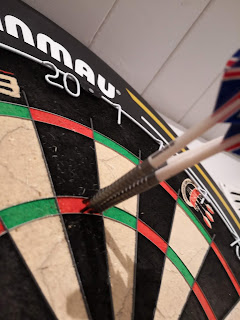 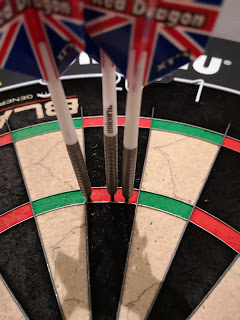 Interview with the Last News Of The World Darts Championship Winner: Paul Cook 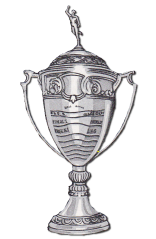 It was the Championship that every player wanted to win and was the first and for a period the only darts championship on television.

The rules were it was a best of 3 legs only from 8ft, so you can Imagine how hard it was to win. In-fact there were so many games to play  before you reached  the final starting at Pub level that you could have 60+ matches over the course of the year.

Some of the pioneers of darts and legends won the trophy include:

Thanks to www.dartsnutz.net forum member Richard, I have tracked down the last winner of the original News Of The World Championship Paul Cook,, who won the trophy in 1990.

The championship was resurrected in 1997 however many felt it was brought back to allow Phil Taylor the opportunity to win it, and it was abandoned in 1998 after Taylor won it.

I can’t stress enough how hard it was to win this Championship, and many Legends never managed it including

Paul Cook, now in his 60’s and still I hear a helluva player took the time to answer some questions and it is my great pleasure to bring you it below.

Q2: You seemed to disappear from darts after that, did you try to qualify for the Bdo or Pdc majors on this time?
PC: I played in all the WDC ranking comps from 1994 to 1996 my best ranking was 27 . i played in 2 world matchplay’s at Blackpool and played in world pairs with Dennis Smith reaching quarter finals
Q3. What darts do you, did you used to use?
PC: I have only played with 1 set of darts which i still play with now 22gm
Q4:  You have popped up at alot of various tournaments over the years, was it ever an ambition to go pro?
PC: no ambition to turn pro but if i could of got sponsership i may had a go

Q5: Do you still play regularly these days and if so how much do you practice?
PC: still play 3 nights a week but i never have been a big practicer
Q6: Did you ever get to play the likes of Jocky Wilson and Bristow and memories of those matches?
PC: Great memories of both these great players I played Eric the week before I won News Of The World Championship in Weston supermare .  The Yorkshire board comp beating him 3-0 then a challenge math after comp for a year’s supply of beer I won that 3-0.  It was mentioned on the day of News Of The World final between us. . I played jockey a few times and was always well beaten . Still got some medals he gave me

I just wanted to give a BIG Well Done to Adam Smith-Neale who won the oldest active tournament in darts, the Winmau World Masters.

Smith-Neale will now enter the PDC Grandslam of darts a massively lucrative opportunity for the young man to showcase his talent to a bigger audience. 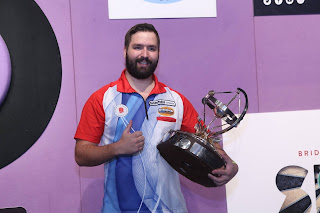 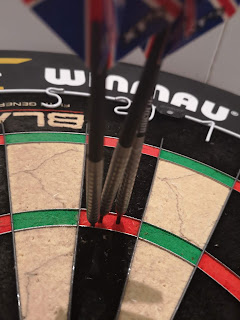